With it being Veterans Day here, I considered going that route with the cue of draft, but decided to go with another blast from the past memory instead.  I'm linking this post to Six Sentence Stories - Draft.


The ride had been long, as it always was when returning home after visiting the grandparents who lived in another state.  To save money, there was no stopping to spend the night halfway home. Neither was there any anticipating what lay ahead in her room in the attic when they arrived home.

Being careful not to stumble as she carried her luggage up the steep stairs to her room, she set her things on the bed.  Turning around toward her dresser, her eyes widened in surprise upon seeing feathers scattered all over the dresser and the floor.

She could take care of the feathers, the beginnings of a nest, and the poop, but Dad would need to nail up a shingle to eliminate the draft coming through the hole in the unfinished bedroom wall. 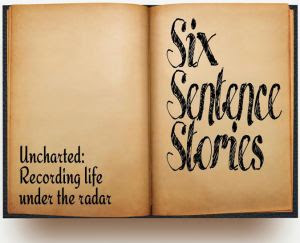