It is great to have a few days to work with the 12 words Magical Mystical Teacher gives us for the prompt for the whirligig. She has a blog hop for those who wish to exercise their writing skills via either a poem, short story, or other piece of writing. Using all 12 of the words within the piece is encouraged, but not mandatory. Other forms of the words are also acceptable. I'm linking my piece of fiction, a short story this time, to Sunday's Whirligig - Whirligig 179.


THIS WEEK'S WORDS come from "If They Should Come for Us" by Fatimah Asghar: street, dandelion, compass, glass, sari, bakery, subway, smashing, dangling, whiskey, made, lantern 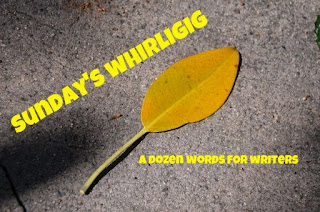 The shuffles became clicks, thumps and flip-flops as the crowds exited the subway station onto the sidewalk made uneven in places by intrusive tree roots. The sun glaring off the glass elevator scaling the outside wall of a high-rise building across the square was quite a contrast to the dark subway tunnels.

She donned her cat-eye sunglasses as she headed in that direction but was intercepted by a woman rushing toward the nearby newly-opened bakery. It would have been hard to miss her because she was wearing to-die-for dangling earrings and a fuchsia, turquoise and gold printed sari. “What a smashing dress,” she thought to herself, “but I can’t compass how she could hurry anywhere with all that fabric around her body.”

As she remembered a recent international dinner where she had been a server and had so wanted a taste of a particular cake that was said to be delicious, she decided to see if she might be able to get the goan coconut cake at the bakery before checking into her room. “Maybe following the woman in the sari was a good portent,” she thought as she left with her desired cake in hand.

The dilapidated liquor store next door was awaiting reconstruction and was another juxtaposition in this cityscape. Seeing a whiskey keg planter, home to one lonely dandelion plant, by the door of the liquor store, she thought how much her mom would have liked to have a planter like that.

She looked at her watch and hurried searching for the hotel's address. There she was greeted by a somewhat disheveled and less than enthusiastic bellhop. He was standing on a soiled and much trampled upon carpet under a massive overhanging vintage wooden chandelier lantern in the pórtico. “Wait until Mom hears about this job, cake and all,” she mumbled, “nothing like the high-rise further down the street that was pictured on their web page.”