Being somewhat of a resistant writer at times when the prompt word for a blog hop isn't stirring up a story with the words in my October cauldron I just about walked away, but no, I received some help in the middle of a dark night! I'm linking up to Six Sentences Stories - Resistance hosted by Denise of Girlie on the Edge's Blog. 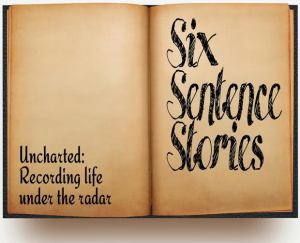 The music wasn’t achieving its purposes when there was resistance between the eyelids and the mind. As she attempted to quiet the racing thoughts of things still needing to be done sometime before the next ten years or sooner, an unidentifiable noise on the floor above interrupted her train of thought. Trying to ignore the insistency of the sound was an impossibility, so grabbing a flashlight, off she went to investigate. In a corner under some shelves was a teepee shaped spider trap jumping and bouncing from side to  side. The mere thought of a gargantuan spider being able to propel the trap seemed like an early Halloween action prop and for her own sanity's sake, pretty far-fetched. Considering the situation, she opted for going back to get her grabber tool so she could safely pick up the spider trap and not risk being bit by one frustrated little mouse, now slightly visible hiding within, and dispose of him before FINALLY calling it a night.