This has been an interesting week with a hodgepodge of "thankfuls" to share here and link to the Ten Things of Thankful blog hop.

1 - 2 The past week as been a mixture of wonderful sunny days interspersed with some days of heavy rains and winds that tried to rid our big leaf maple trees of a considerable amount of the remaining leaves hanging from their branches.  The main lane is now a mess of mud, a blanket of soggy oak leaves, some gravel (it must be there somewhere) and now and then a branch that has fallen and is quickly removed.  I'm thankful that on one of the days my husband was able to get out and use the leaf blower on our driveway making backing up easier to see exactly where the driveway is.  A couple of days later, the rain returned and covered up all his good work.  Even though having so many leaves can be a problem when they being to fall, I'm thankful to have these trees that we planted about 35 years ago.  The same trees give shelter to the deer at times too, when they aren't nibbling on the apple trees or mowing the grass.


3 - 4 On one of the sunny days we went on a drive to visit a couple we know.  It takes about a 90 minutes to get to their place out in the country.  We sometimes play a birding game when we go on our drives.  This time, I had to pick a number and then say over or under in relation to how many eagles I thought we would see on our trip.  I said "over ten."  My husband was left with "under ten."  He won.  He saw only one and I didn't see any.  It isn't quite lambing season yet, the time when eagles prey on the afterbirth of the new born lambs. There are a lot of sheep in the fields on our way to visit our friends.  We should have been looking for nutria.  Sometimes we see dead ones along the road, but I saw five of them grazing in a field.  That is kind of an unusual sighting, at least for me.  I'm thankful for things to do that make life fun and interesting.  I'm thankful for the unexpected or novel events.

5 - 6 We occasionally see wild turkeys in our area or over at the wildlife refuge not far away, but not flocks of them.  Most often people refer to a group of turkeys as flocks or gobbles, but officially they are called a rafter of turkeys.  The couple mentioned above took us to a restaurant about eight miles from their home.  We followed them in our car, and on the way, we saw a lone turkey near some bushes in a fence row, and then a rafter right along the side of the road.  As we entered the little town where we were headed, I saw another rafter in front of a house.  These rafters included about 10 - 15 wild turkeys each.  I've read articles that told of how possessive wild turkeys can be, to the point of attacking visitors to the homes where the turkeys feel they have guardianship.  I'm thankful for two unusual sightings in the same day, and thankful that neither nutria nor wild turkeys have taken up residence on our property, at least not for now.

7 - 8 When I was growing up, my parents had a sofa that was kind of a blue-green color.  Years later when the sofa needed to be reupholstered, my Mother chose another fabric, but in kind of the same color.  I guess that color has had quite an influence on me, because to this day, I love blue-green colors.  That is why when I saw some unusual berries on a vine in our friend's garden I was quite smitten.  She explained that it was a porcelain vine.  It is a grape-like plant and produces beautiful porcelain looking berries. Unfortunately, the vine can be quite invasive, especially with the help of birds dropping the berries here and there.  I'm thankful for similarities between parent and child.  I'm thankful for beautiful colors making life so much more interesting than living in an all black and white world.


9 There is a cute little restaurant that used to be a church in Veneta OR.  It is called Our Daily Bread Restaurant.  Our friends treated us to a delightful lunch there.  The lunch was delicious and definitely worth going there again.  I'm thankful for the creative vision of people starting up a businesses, whether it be a restaurant, or otherwise.

10 Yesterday I attended a funeral service that honored and celebrated the life of a man who attended my church.  He had recently passed away from effects of ALS (Lou Gehrig's Disease) after having lived for much longer than expected with this terribly debilitative disease.  No one ever heard him complain even as this disease took its toll on his body.  His dear wife cared for him in their home until the very end.  Many were blessed to have been able to serve him and his wife as his physical needs became greater, especially when he could no longer attend church because of his limitations.  Those who went to serve him came away from those experiences feeling like they were the ones served.  I have no doubt that the teen-age boys who served him experienced life-changing moments that are etched into their minds and hearts forever, and that they will reflect much of this man's characteristics in their own lives as they mature. The service yesterday was truly a sacred experience for me.  I am thankful for the truly good people I am blessed to know and the things that I learn from them in deed and in word.  Good people create peace and harmony in the world and we need that. 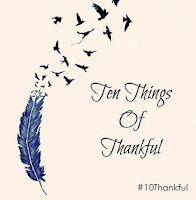