Well it is the beginning of a new year of posting Ten Things of Thankful.  I'm sure there will be some new "thankfuls" as well as some returning ones.  Those things which are near and dear to our hearts should never be overlooked.  This is a blog hop that has a growing group of followers, so be sure to click the link, Ten Things of Thankful, to see things for which others are thankful.

1.  For many years I've written in my journal, but kind of slipped away from doing that when I started blogging.  I've discovered that although blogging is fun and to a degree is kind of like writing in a journal (especially with participation in the Ten Things of Thankful postings), it doesn't entirely replace writing in a journal, at least for me.  So this week I wrote in my journal too, and that makes me feel happy and thankful that I realized that was a piece of my life that I needed back in my life.

2.  There is a group I've joined that is called the 1000 Miles in 2016 Running and Walking Club.  It is exactly that.  We can participate by ourselves or with others, but the goal is to run or walk 1000 miles this coming year.  We can also count miles on treadmills, stationary bikes, and elliptical machines.  As you can see this allows more inclusiveness and yet gets people actively involved and feeling some camaraderie.  I will accomplish most of my miles via the treadmill and stationary bike.  At the end of the year those who can will walk together for the concluding run/walk.  I'm thankful for this group and the person who is spearheading it.  She has been such an inspiration to so many.

3.  This week I used a Christmas gift for the first time, and was absolutely delighted with the results...  being able to cook a whole chicken in 20 minutes!

4.  I bought a keyboard for my iPad.  I'm not sure how often I will be using it, but I think there are going to be some times in the future, where this will be handy to have.  The good thing was I was able to take advantage of a sale to get it.

5.  It was good for me to be taught, or reminded, this week that not everyone interprets things in the same way.  It is easy to offend sometimes when that was the last thing you had in mind to do, and would never had known had the person not said something to you.  Thankfully with a little more communication, things were peacefully resolved.

6. With some encouragement from my husband, I was able to get in to see the doctor the same day I called this week.  (The doctor had a cancellation, just at the moment I called.)  After being seen, she sent me over for a CT scan.  I hadn't even made it home, before she had the results.  She said  that she wanted to do some further testing.  The day before New Years Day, I had an ultra sound, but my doctor was out of the office, so I have to wait to call her tomorrow.  Hopefully the results reported on the CT scan turn out to be benign.  The ultra sound I think will show what needs to be seen to confirm that.  I'm thankful that I have complete trust in my doctor.

7.  My husband and I took a little road trip on Saturday.  It was a gorgeous day.  It was one of those sunny clear-blue sky days.  The air was crisp, yes very crisp indeed.  The temperatures were in the 30's, but felt 10 degrees cooler.  We took photos.  We saw all kinds of birds in and above the green fields where sheep were often grazing and where they weren't.  We saw trumpeter swans, bald eagles, lots of killdeer, red tailed hawks, robins, shore birds, and others I'm failing to remember.  In addition to the driving, we stopped at a historic little town and walked around taking more photographs.  I'm thankful we could enjoy such a beautiful day together.  There are some interesting mounds in the area were we were driving.  It was hard to believe that the weather changed so drastically the next day.  (See #10 below.) 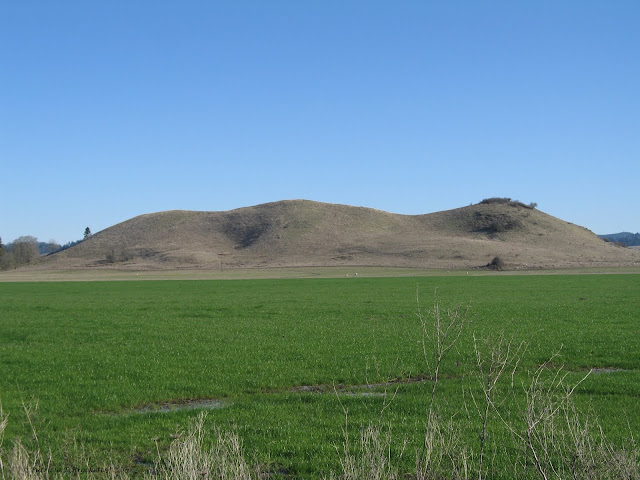 8.  This item is related to #6, but deserves a number all to itself.  Many farmers around here have guard llamas with their sheep.  We got to see a guard llama in action.  The sheep and the llama were a ways out in the field, so my husband got the better shots with his camera.  First of all, a couple of bald eagles flew down by the sheep so they could eat the afterbirth from one of the newborn lambs.  Immediately the llama started toward the eagles causing them to fly away.  The llama noticed the newborn who was standing and very wobbly.  The ewe seemed oblivious to her newborn and was walking away from it.  The llama went nose to nose with the little lamb and then got behind it and nudged it toward the ewe.  The ewe didn't accept the lamb, so the llama just continued following the lamb and nudging it gently toward the ewe.  Finally the lamb and the ewe stayed together, at which point the llama dropped back and didn't stay right with the little lamb.  It was so endearing to see this association between the llama and the lamb.  Not only did this llama protect the lambs from the eagles, who have been known to not only eat the afterbirth, but also newborn lambs, but the llama was an encourager, making sure the family unit got off to a good start. 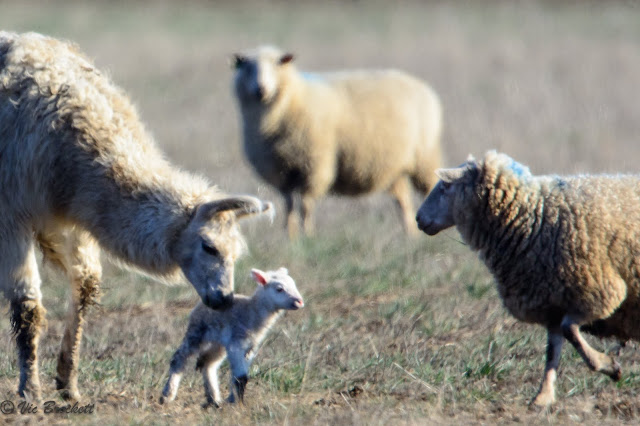 9. I had another instance this week of learning something I had not purposely sought out, but was very informative and timely.  I'm so thankful for instances like that.  It always is a reminder that someone is watching over me.

10. I'm thankful church services were cancelled today because of the treacherous road conditions. I love going to church, but I do not like risking driving on icy roads.  I'd already made up my mind that I didn't want to drive on hilly roads covered in ice, but it was nice to receive word that the local leaders had decided to cancel church.  We live on a hill, so the weather up higher isn't always an indication of what is happening at lower elevations, but as it turned out almost the entire valley is encased in ice.  Combine that with a little snow that fell during the night on top of frozen ground, some hail, and a continuing fall of sleet the rest of the day, I was more than glad to stay home. 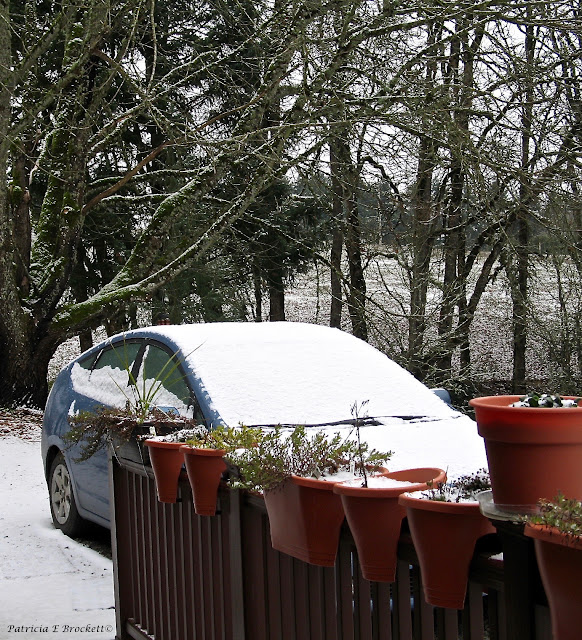 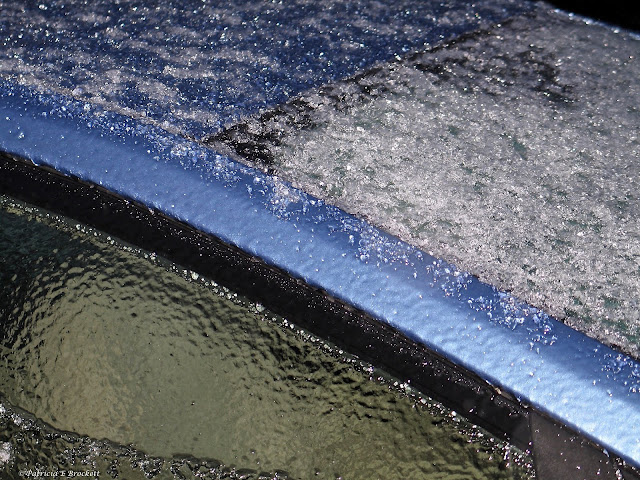 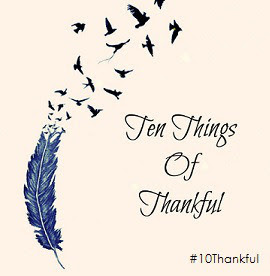